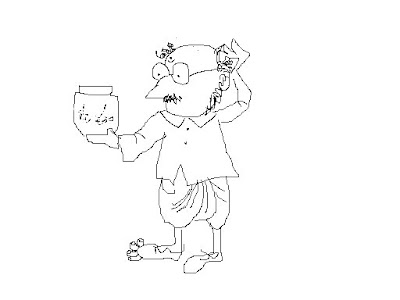 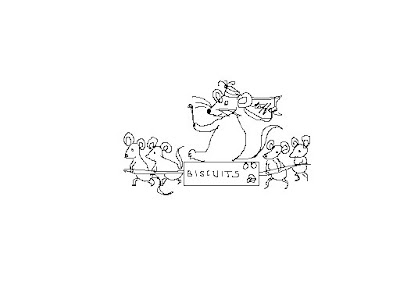 My son and I made some of our own sketches for Riddle, which are shared here. These do NOT appear in the book, but were drawn by us for pure fun.

Illustrator Pooja Pottenkulam has lent life to the final product with her own lively illustrations. She's taken great care and read the book thoroughly. At times, I felt that she had captured with her drawings exactly what I had in mind while writing the story. Read the book and see for yourself.

Meanwhile here are some of our own amateur sketches for time pass :-)Never seen before, and never to be seen again. Don't you wish you were there?
Posted by monideepa sahu at 5:36 PM No comments:

Email ThisBlogThis!Share to TwitterShare to FacebookShare to Pinterest
Labels: riddle

From my side, I get the impression that it is difficult to get a first book published in any genre in India. Literary fiction, poetry, chidlrens fiction, non fiction, all have their challenges. I recently interacted with a national award winning film critic, Mr. M.K. Raghavendra, who has had four books on films published by OUP and Harper Collins, and he too said that his first book took many years to get published. He began writing it in 2000, and the book saw publication in 2008.

In my own case, I began this novel (yes, its a full length novel, 174 pages long) in 2002. Any long work of fiction or non fiction takes years to write, revise and polish.I swapped critiques of entrie novels with other writers. That itself was a lot of work, but it did give me fesh insights and ideas for improvement.

In Feb 2008, I entered this manuscript anonymously in the Kala Ghoda Arts Festival Open Book Pitch, where it 'won' the nod of approval from Zubaan Books.

From then on, there were a series of revisions, exchange of ideas between me and Ms. Anita Roy, the Commissioning Editor of Young Zubaan on phone and e-mails. She patiently did much hand-holding and gave priceless advice to give the book that much needed final polish.

The contract was awarded in 2008 end.

The book is now published in August 2010.

From this point, I'm told that the book will take a month or more to reach bookstores all over the country. On line bookstores may of course be stocking up much sooner.I've heard that distribution and sales is another huge hurdle that many first timers face.

My baby is now leaving my hands and setting out into the big world. If it strikes a chord in the hearts of young readers (and oh yes, their parents and the young at heart) it will be my greatest reward.
Posted by monideepa sahu at 5:27 PM 3 comments:

riddle of the seventh stone

My own first book is published and is on its way to bookstores throughout the country. This is the final lap of a long and difficult journey. Writing a novel, rewriting and polishing it to make it the best it can be, is in itself an arduous project.
Posted by monideepa sahu at 1:46 PM No comments:

Kashmir, a beautiful valley in turmoil

I recently read and enjoyed Kashmir Blues, a novel by Urmilla Deshpande.
Kashmir Blues takes in its expansive narrative sweep the characters’ lives from southern California to the seedy streets of Mumbai, to the charmed circles of India’s rich and powerful, and to Kashmir, strife-torn vale of guns and flowers. Insurgency, socio-political unrest, smuggling, drugs, espionage and conflict cast their shadows. Yet this is a story told with deep compassion. Even the most potentially evil characters can startle by revealing positive human and humane facets. As the author says, “I don’t think either sapphires in my book or diamonds in West Africa are the basis of strife. Nor is religious fundamentalism. It is the inequitable distribution of resources, structural poverty, that sends people into conflict and civil war. Institutionalised injustice.”

Sunday Herald
Posted by monideepa sahu at 1:39 PM No comments: