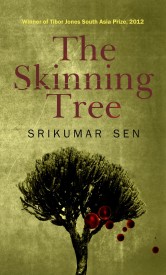 Offering an insight into a tortured boy’s psyche, Srikumar Sen’s debut work highlights the Empire’s flaws. “Murder was the plaything of us kids. We fooled with the idea of killing like some kids fool with fire.” These crisp, loaded sentences draw readers into a unique and superbly crafted novel about imagination, regimentation, conscience, life, death and the haunting ghosts of memory. Eight-year-old Sabby lives a privileged life in Calcutta during the World War II.

To protect their child from the threat of Japanese invasion, Sabby’s parents pack him off to a remote school run by English missionaries. Sabby’s home was an island of “Victorian and Venetian opulence” in a bright and sunny, utterly Indian street with “smells and shouts in the air and saris drying”. Genteel guests gathered to play cards at “little table islands around little island minds”.

...When Sabby arrives alone and friendless to the bleak world of St Piatus, he can no longer push aside unpleasant thoughts as he could in Calcutta. In St Piatus, the boys are brutalised emotionally and physically by their misguided teachers. Sabby and his friend have to face the pain of “being controlled by claps and instructions”. The children become inured to pain, and react by not wanting to “inflict pain back, just make you disappear like the vanishing morning mist over the Ghor hills”.

The rough boys of St Piatus come from good families, and are “naturally callous and unquestioning” when it comes to killing. In this book, the author presents a broader perspective, probing how boys who can share treats, stand up for their friends and love tree snakes as pets, are roughened by the treatment they receive into mercilessly killing birds and animals around them. They gradually progress with chilling logic to murderous feelings towards their harsh teachers.
...
St Piatus aims to mould children through this same fear and contention, to become ferocious standard bearers of the Empire.

In the end, “Fate was a gloating hoodlum.” The enforcers of authority are themselves victims of the system. Despite their own rough conditioning, they also retain vestiges of compassion and humanity. After punishing Sabby with customary mindless harshness, a Brother learns that Sabby was upset about his grandmother’s death. He then prays and offers Sabby a colourful prayer card for solace.
...
The prose flows smoothly overall, but occasionally the narration is jarring and confusing; “Because of his anglicised outlook, the result of his parents’ failure to nurture his Bengali heritage owing to their surrendering to the social demands of a British commercial world, he was always uncomfortable with Indian situations and customs which he didn’t understand or was unfamiliar with; what he didn’t want to see didn’t exist.” These bumps are compensated by evocative, nuanced passages, conveying vivid sensory images and multiple layers of meaning.

The novelist portrays a moral landscape, not in black and white, but in multiple shades and colours. This delicious complexity makes this book memorable, as does the ray of hope with which the story ends. Despite all his harsh conditioning, Sabby’s conscience and imagination continue to haunt him repeatedly, “like touching a scar where all feeling is dead, but isn’t.”

My detailed review is published in Sunday Herald
Posted by monideepa sahu at 9:02 PM

That first sentence is striking. Thanks for sharing this review!

Thanks for dropping by, Damyanti. The Skinning Tree is a worthwhile read. It reminded me at times, of Golding's Lord of the Flies. This book explores the broader factors that can drive 'normal' young boys towards violence.