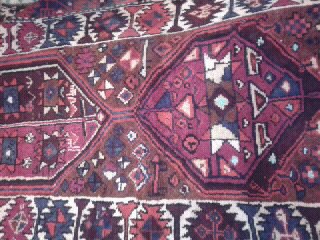 Viewing a recent exhibition of antique Caucasian
tribal carpets set me thinking. These beautiful and enigmatic patterns created by nameless nomadic tribal women can cast a spell on viewers. They  are silent witnesses to times gone by.

Warm natural colours woven into striking geometrical patterns distinguish traditional carpets hand woven by tribals from the Caucasus region. The art of weaving vibrant, artistic carpets is considered to have originated on the plains of Central Asia or the Caucasus region nearly a millennium ago. The nomadic tribes needed something more manageable than their traditional sheepskin wraps to ward off the harsh winter chill. They used wool from their sheep and goats to spin yarn and weave it into carpets. Bright patterns and colours also made these carpets lovely decorations for their tents. Smaller carpets were woven as door coverings, or used as bags. Long, narrow carpets would be used as decorative bands circling the felt tents.
Other carpets were used for sleeping. These colourful carpets added welcome flashes of liveliness to the bleak, desert-like environment. With the passing of time, the tribes have settled into a less nomadic and more modern lifestyle. The creation of beautiful and unique carpets hand woven in the traditional way is now a dying art. Antique tribal carpets over a century old are now rare and prized as collector’s items. 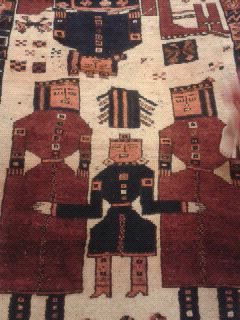 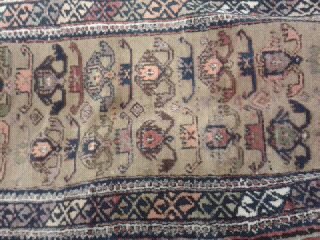 Carpet weaving was once an important part of tribal life. Traditional weavers were usually groups of women who gathered to share stories as they wove magic on their looms. The women wove abstract patterns representing things from nature into carpets.
The men usually sheared, carded and spun the wool from their sheep, and dyed the wool. Vegetable and mineral-based dyes such as indigo were used in the earlier tribal carpets. These colours have retained their rich, mellow beauty through the centuries. In the early twentieth century, weavers also used chemical dyes, says Indian collector Danny Mehra. Some of these early chemical dyes were called fugitive dyes because they changed colours or faded in the course of time.

Traditional tribal carpets were spontaneous compositions and not copied from a pattern or picture. The designs emerged from the weaver’s heart, gradually taking shape on warps (vertical yarns) strung on simple wooden looms. The looms were easily dismantled and carried along with partially woven carpets when the tribe shifted camp. These movements and variations in dye tints and yarns caused shifting lines in the weave.
These lines are called brushes, and they enhance the beauty of handmade carpets. As the weft or horizontal yarns were woven in and knotted one row at a time, dazzling patterns took shape. After the carpet was woven, the pile was sheared evenly. Then it was washed, says Mehra, and the colours were fixed by applying iron filings and other substances which remained on the surface and did not bond with the wool. Each carpet took months and even years to create, and they were symbols of the pride and joy of the weavers.

My  detailed article is published in Sunday Herald
Posted by monideepa sahu at 8:11 PM